Skip to content
INTRODUCTION
Historically, social policy involves making decisions about whether the core principle behind social provisioning will be “universal” or “targeted”. Universal in the sense that the entire population will be recipients of social benefits as a basic right or selective in the sense that social benefits are distributed depending on some form of means-testing, which will determine who is “truly deserving” (Mkandawire 2005). The term Universal Basic Income (UBI) is described as a recurrent cash payment to every individual in a community. The untaxable income is regardless of earnings and employment status (Hanna and Olken, 2018). Additionally, it is characterised by uniformity, regularity, and unconditionality. The objective of UBI is to ensure a lifelong structure that supports individuals’ fundamental sense of security. In addition, UBI is an idea of switching or supporting exiting social protection systems with define or guaranteed annual income for citizens (Bidadanure et al., 2018; Alston, 2019). Furthermore, it seeks to positively influence other government initiatives and ultimately the society (WHO, 2019). Universal basic income has become a crucial reference point for policy makers and decision-makers globally. It is said to represent future solutions to challenges emanating from present-day debates which include but not limited to social justice, poverty, welfare systems, health inequalities and unemployment (Coady and Prady, 2018).  Conditions of poverty and wealth in any society have implications for social justice. Social justice refers to situations in which the wealth of communities and states in all strata are consciously and steadily utilized for the benefits of all members of the community without any form of discrimination. The aim is to ensure equality and the protection of fundamental human rights (United Nations, 2006; Marmot, 2011). Recently, global health systems have been challenged by a pandemic called COVID-19 or corona virus. Nigeria has not been left out as she records 254 confirmed cases, as of April 7, 2020 (National Centre for Disease Control, 2020). This has forced governments to develop an economic stimulus or intervention and has reignited the debate on the concept of UBI implementation. This report seeks to examine from a Nigerian viewpoint, UBI as an incremental anti-poverty intervention and its social benefits. In addition, propose practical, actionable policies that address the outbreak of the COVID-19 pandemic.
WHY UNIVERSAL BASIC INCOME?
Nigeria is regarded as a middle-income country (MLIC), with high dependence on oil revenue. Despite the wealth, the national poverty line states that 54 percent of the 140 million population live in poverty (Ajisafe, 2016). Despite the several poverty alleviation initiatives adopted by numerous governments in Nigeria, at least ninety-three million Nigerians still live in poverty, with at least three million descending into severe poverty. (Iheonu and Urama, 2019; Olayinka, 2019). In recent past, Nigeria has been reported as the poverty capital by several authors (Adam, 2018; Shadare, 2019). Figure 1 shows the top 10 countries of people living in serve poverty. 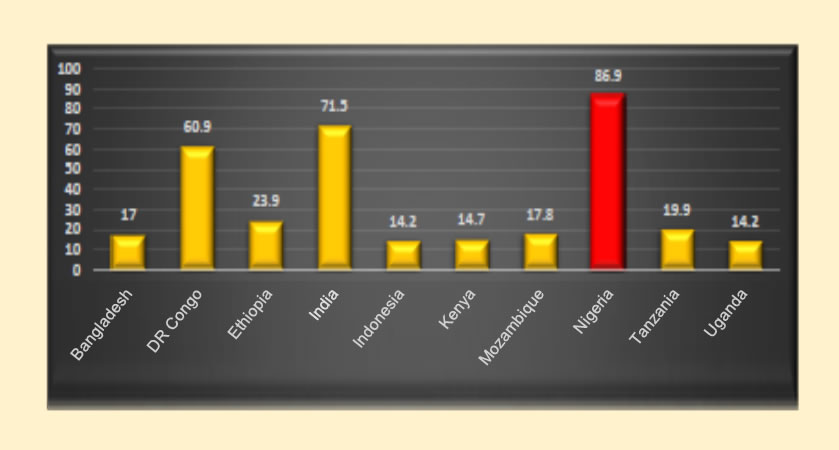 Figure 1. Top 10 rank countries with people living in poverty
Source: World Poverty Clock (2020)
This is an obvious hint of the ineptness of these policies and programmes. According to Iheonu and Urama (2019), the impact of poverty is attributable to corruption, severe lack of literacy, inequality in income distribution. Other drivers are unequal access to basic infrastructure and services and socio-cultural benefits (UNDP, 2009). Nigeria is home to one of the most uneven societies (AEO, 2010). According to a UNDP (2009) report, inequality grew between 1985 and 2004 (from 0.43 to 0.49), but other reports propose it has been declining (from 0.491 in 1990 to 0.438) (Ortiz and Cummins, 2011). Nigeria is also highly unequal: the Gini coefficient was 39 percent as of 2018; The Gini index measures the extent to which the distribution of income or consumption expenditure among individuals or households within an economy deviates from a perfectly equal distribution (World Data Atlas, 2018). The link between inequality and poor health outcomes is long established. The actual mechanisms behind that link are less understood. As a response to these challenges, the debate on UBI has been sprung up among policy makers and civil societies. UBI-style have been successfully piloted in India, Finland, the Netherlands, and Canada. And outcomes suggest it is potentially the answer to questions and concerns pertinent to poverty reduction and social injustice or inequality in Nigeria.

Firstly, UBI may serve as a better substitute or an upgrade of the social welfare programmes in Nigeria. The National Social Investment Programme (NSIP), established in 2016 was designed to tackle the rate of poverty and social protection. 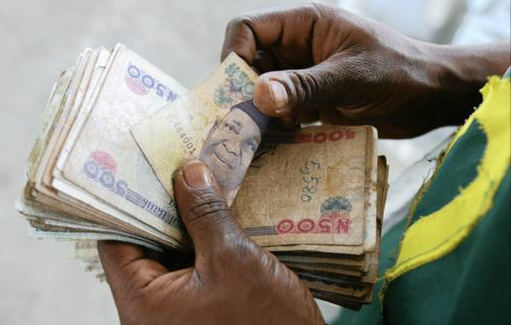 The NSIP was developed into four strata; one of which is the Conditional Cash Transfer programme (CCT). It involves but not limited to a financial benefit of N5,000 per month to households (Akinleye et al., 2019). Findings from Holmes et al. (2012) suggest that 90 percent of poor household consist of 20 or more persons. This is evident in the northern region of the country which is about 19 states of the 35 states plus the Federal Capital Territory. This statistic reflects about N250 ($0.68 USD) per individual.

According to Onah (2019), the programme had 297,973 beneficiaries. This is only a fraction of a country of about 150 million people as reported by the UNDP (2009). Furthermore, Holmes et al. (2012) reported the CCT programme covered less than 0.001 percent of the poor and vulnerable in the country. Despite support from the World bank, financial challenges and a matrix of bureaucracies have stifled the objectives of the programme (Onah, 2019). The idea of an untaxable income for every individual could source its funding from carbon taxation and reduction in the cost of governance. This eliminate the uncertainty surrounding its financial feasibility (Marinescu, 2019). Universal Basic Income eliminate bureaucracy through decentralisation in its implementation. This is evident in reports from Veras Soares et al. (2007). Finding from the study show that about 41 percent of the poor in Brazil were successful beneficiaries of the UBI. Consequently, the programme was a large part of a social protection and poverty alleviation mechanism that was scaled up in its national budgetary allocation and recipient.

Examining the case of Namibia, a project termed Basic Income Grant (BIG) was piloted between 2008 and 2010. It had about 930 inhabitants who received an unconditional monthly grant of 100 Namibian Dollars ($12.40 USD) (Perkiö, 2014). The pilot program had no control village group (Perkiö, 2014). 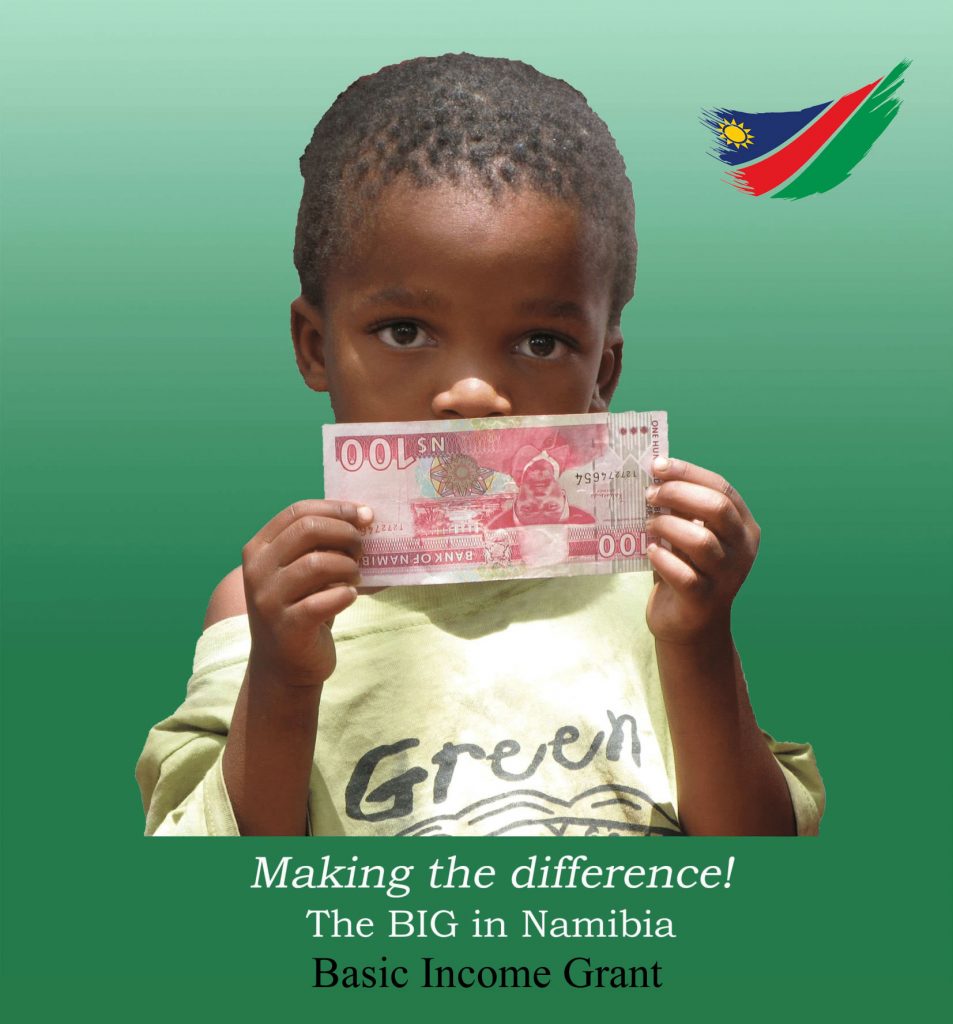 The plan reflects the multi-year activities of civil society to obtain assistance for a universal income project as a potential solution to alleviate extreme poverty in a country with drastically high inequality rates (Kaufmann, 2010; IIcan and Lacy, 2015). During the pilot period, even if the immigrants did not receive the subsidy, the poor family members of the villagers migrated to Ochevero-Omitala in large numbers. At the end of the two years, there was an evident improvement in the economic and social aspects of the recipients’ lives. The results showed that after the first year, the food poverty ratio reduced from 76 percent to 37 percent, and continuously declined over the study period. The Basic Income Grant resulted in a vast reduction of child malnutrition. Health and health care also improved. After the introduction of BIG, communities that previously suffered from poverty, malnutrition, illnesses and lack of human development subsequently used settlement clinics more frequently, and the payment of clinic costs increased. HIV treatment also increased, enabling HIV-positive people to afford the nutritional food they need for treatments (Perkiö, 2014).

The pilot program also directly increased “school attendance and performance; increased economic activities, such as the opening and success of small businesses; and reduced crime rates” (Sasman, 2012 as cited in Lacey, 2017). The program came to an end after two years, as the BIG Coalition’s funds were completely utilised, and although there were campaign moves for its continuation, the government refused to renew or expand the BIG pilot. An important note here is the negative attitude of Namibian government to the UBI program. Their view of UBI as a grant is that it makes ‘people lazy and dependent on hand-outs’ (BIG Coalition, 2005). In the same light of this negative attitude is the idea that it is dangerous to give people something for nothing, which discourages productive work and is not a viable policy solution (Van Parijs, 2004; Lacey, 2017).

Secondly, UBI could be a springboard economic growth and diversification. Funding for UBI is not necessarily an expense as reported by Painter (2016). Findings from Nikiforos et al. (2017) suggest a UBI of about $1000 USD for Americans could improve the economy to about 12.5 percent and extend the labour force to about 4.7 million people. In Nigeria, 62.6 percent of the population are below the international poverty line and unemployment increased from 6.4 percent in 2014 to 14.2 percent in 2017 (Onah and Olise, 2019). This is in line with findings from Brazil and South Africa (White et al., 2010; Arnold et al., 2011). Reports from Fuseini et al. (2017) and Magen et al. (2007) show that UBI in form of social cash transfers (SCT) has a stimulating effect on the local economy as the money goes into local markets for goods and services. They also reported that 80 percent of the beneficiaries of SCT in Zambia and Malawi, respectively spent their money on local goods, thus resuscitating enterprise in rural communities. Universal Basic Income could be a platform that support the resuscitation of the agricultural sector. Abu et al. (2016) reports that the concentration of the poor and vulnerable in rural communities could turn out to be beneficial on the auspices of a UBI policy. This is supported by reports by the FAO (2018), that over 50 percent of farm produce in Nigeria is rural-based and were below commercial quantities.

Thirdly, a UBI policy could be in form of… an income redistribution mechanism as reported by Iheonu and Urama (2019). They reported that a re-distribution mechanism involves the reduction in wages and allowances for the high-income earners and increasing the wage and allowances for low- and middle-income employees. This system supports targeting or identification of the right intended beneficiaries. This could reduce poverty by increasing employment, reduce social injustice and health inequality amongst the various class.

Furthermore, UBI can serve as an appendage or a support to the National Health Insurance Scheme (NHIS) in Nigeria. Thus, reducing the state of health inequality. The health sector has been stamped by difficulties such as little or no efficiency and effectiveness; inadequate budgetary allocations; unproductive use of system financing; and inequitable distribution of resources such as skilled personnel and health care providers. The majority (75 percent) of the NHIS recipients are largely urban areas (NHIS, 2010; UNICEF, 2016). Findings form Agyemang et al. (2014) show that beneficiaries of the Livelihood Empowerment against Poverty (LEAP) in Ghana spent a large portion of their cash grant on renewal of health insurance and drugs supplies. With targeted mechanisms to include people living with HIV and AIDS, internally displaced persons and refugees, people living with disabilities, the influence on social injustice and health inequality may be profound (Niyuni, 2016). Further reports from Ogbuabor and Onwujekwe (2018) reveal that health care policies in the south-east of Nigeria are marred by poor funding, adulterated drug supply and manufacturing system. They also recommended that current the health policies should evolve into a universal health coverage. In India, the pilot of a UBI scheme resulted to a decline in occurrence of common illness and an increase in regular preventive health check-ups among beneficiaries. This ultimately reduce the occurrence of complicated health problems (Ruckert et al., 2017).

Additionally, a UBI counters both the provisional practice and the requirements of neoliberal welfare” (Lacey, 2017). The programme is informed by commitments to freedom and equality, a freedom that is distributed in a way that the most vulnerable group would have as much as much as they can (Van Parijis, 1992). UBI’s can be designed in a way all citizens (or residents) receive a share of state wealth. For example, in Alaska and Iran, oil revenues are equally distributed to residents (Van Parijis, 2013; Rankin, 2016). For low-income or middle-income countries, where there is no easily identifiable single state-owned source of wealth, UBI plays the role of “a wealth distributor without a clear sense of dividend return” (Lacey, 2017).