Skip to content
Poverty, insecurity and disease are siblings. Dare say, the Almajiri are the emblem of that state of affairs. These dishevelled children with slovenly habits awash the streets of northern Nigeria, bearing filthy bowls for soliciting alms. Between Q’uranic classes, they move in droves, accompanied by flies and numerous unseen vectors of disease; chanting verses of petition, praise and prayer. They are the most severe brand of child wanderers the world over. Getting the Almajiri off the street has been the albatross haunting successive governments since the colonial era. This is largely because governments have taken aim at the wrong target. 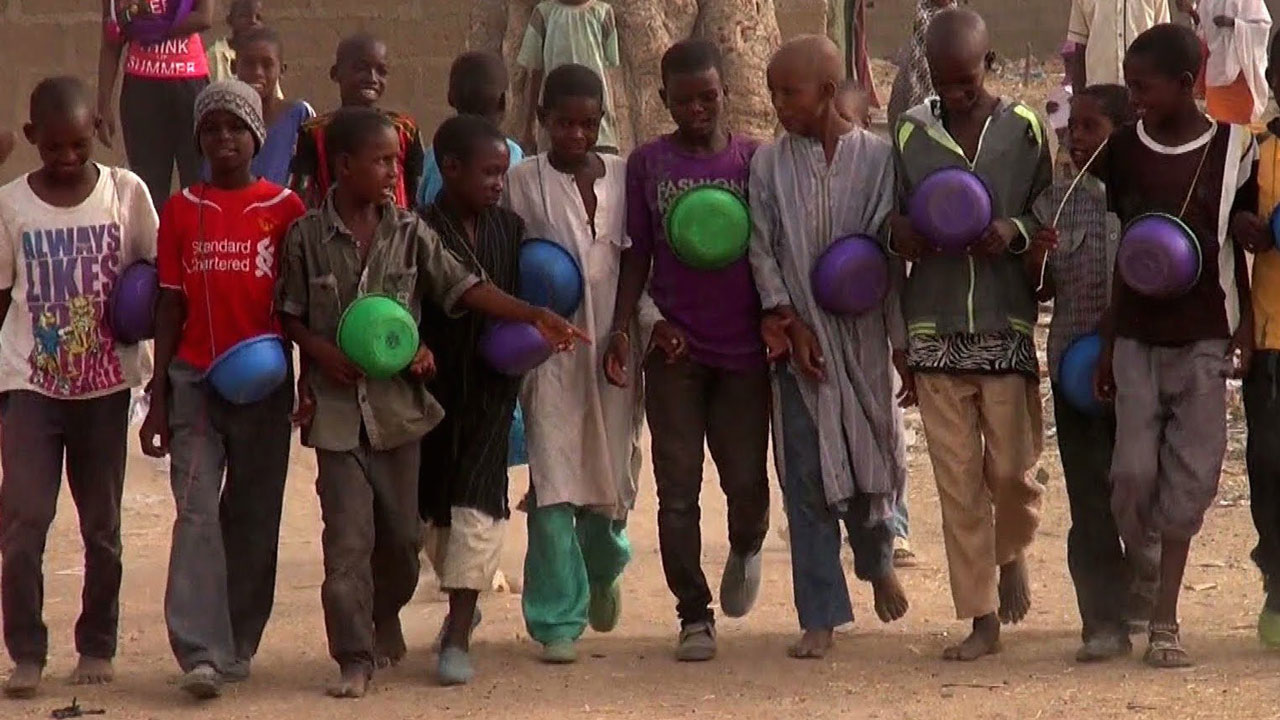 If we consider the Almajiri as indigent students seeking sponsorship, we would understand the problem from the perspective of the victim.

So far, it would seem, we have chosen to act like the British by stigmatising the victim and engaging in the unlikely pursuit of abolishing the Almajiri system. If there is any lesson to be learnt from our educational history, it is that the Almajiri System, far from being scrapped, needs to be transformed, revised and coalesced with the mainstream system of education. Moreover, it must be done on the grounds of consensus.

In the 11th Century era of Sheikh Uthman Dan Fodio, the Almajiri System provided a comprehensive Islamic curriculum, which guaranteed the memorisation of the Holy Q’uran, the internalisation of Islamic morality and the mastery of Sharia jurisprudence. As far as Islamic education went, the Almajiri System compared excellently well among the comity of Muslim Nations. By ethos, it was a noble and legitimate project, from whence came the choicest of northern Nigeria’s elite and ruling class.

This flowering of Islamic intellection continued for eight centuries until 1903, when the British took up the reins. The colonial prescription was that western education alone could provide the requisite skills for comfortable livelihood. Hence, there was no reason to expend resources on what they considered inferior Islamic education. Therefore, the British axed state subventions to Almajiri schools. This seizure of Almajiri funding in favour of western education ignited the first sparks of the battle cry “Boko Haram!” (Western education is evil!), which at that time was a mere expression of discontent in northern Nigeria. The position of the Almajiri was that the ulterior motive of the colonial masters was to supplant any semblance of civilisation other than western.

By the foregoing, the misadventure of the Almajiri System is premised on two falsehoods: The thesis that Islamic education is incapable of delivering premium skill-sets (the British position); and the antithesis that Western Education is evil since it robs of Islamic values (the Almajiri position). Certainly the way out of the woods would have been a synthesis of the acclaimed virtuous investments of Islamic education and the famed relevance of western education.

It is incongruous how with yam, tomatoes, onions and vegetables, northern Nigeria feeds the nation while 9 in 10 of her children go hungry and out of formal schooling. A UNESCO (2019) report – alongside the World Bank (2019) and UNICEF (2019) – puts the estimated number of Almajiri at 9.5 million. This is 72% of the 13.2 million out-of-school children in Nigeria, and 16% of the global total. That is to say that Nigeria, the world’s seventh most populous country (Worldmeter, 2020), records the highest global child poverty population from a single ethnic group!

The saying is true that relatives who are indifferent to the aberrant tendencies of one of theirs would bear the brunt of the consequences to come. There has been a direct proportionality between the steady rise in Almajiri population and insurgency in Nigeria. Their discontentment with western education is a ready requisite for recruitment into Boko Haram. Indeed, that expression of disdain for western education is etched in the subconscious of the Almajiri.

How about disease? The recent cascading of COVID-19 infections in northern Nigeria proves the point that contagion is commensurate with poverty. No sooner than the Coronavirus touched Kano did it spread like an inferno. Expectedly, the fuelling was supplied by the Almajiri. ThisDay (2020) reported that 50 out of 59 COVID-19 cases in Kaduna State were traced to returnee Almajiri from Kano as at 6 May 2020. Again, 16 of 45 Almajiri samples tested in Jigawa State returned positive with Coronavirus (Ozo, 2020). The BBC (2020) figures were 91 of 168 for Jigawa, and 65 of 169 in Kaduna.  Indeed the morbidity dynamics of COVID-19 lends credence to the disease agency of the Almajiri.

There has not been a dearth of efforts to end the Almajiri quandary. For instance, a National Framework for the Almajiri was incorporated into the Nigeria Universal Basic Education (UBE) in 2010. The charge was to develop and integrate the Almajiri System. In its discharge of the mandate, the UBE expended $98 million to build 124 Almajiri Model Schools across 26 states of the Federation. This has proved a white elephant project as the schools have hardly been utilised and some of them have been deployed to uses other the education of the Almajiri.  There was again a grandiose plan in 2013 to integrate the Almajiri into the formal education system via a National Committee on the implementation of Almajiri Education. That too is yet to materialise.

The Almajiri quandary has proved intractable, largely because remedial efforts have been inadvertently founded on inequality. That is on the false premise that Islamic education is inferior to western education, and that the one had to be absorbed by the other. Be that as it may, there are two reasons for the abysmal failure of previous interventions. The first is the lack of inclusiveness; the second, an erroneous emphasis on changing their educational system rather than discharging the Almajiri from abject poverty

Left to the governors of Kano and Kaduna states, the solution is to abolish the Almajiri schools and herd their students into secular schools. Unfortunately, things are not so cut and dried. If Almajiri privations are not addressed, absorbing them into the secular education system will be just as effective as storing water in a basket. The Almajiri System may not submit to the armoury of executive orders.

Concerning inclusiveness, it is paramount to note that student Almajiri cannot be rehabilitated without factoring in their Mallams, parents and the northern elites. These key players have hitherto been spectators in the rehabilitation plans for the Almajiri. Liked or loathed, the Mallams have the ears of the Almajiri, who would do as the Mallams instruct. Hence, it is crucial for the Mallams to be enlisted in whatever street-exit plan that will work for the Almajiri. The parents too must buy into a plan to properly domesticate the Almajiri. Without reckoning with these custodians, any intervention is but will-o-the wisp.

Certainly, the fail-safe measure would be to valorise the work of the Mallams, incentivize the parents and engage northern elite, as well as religious and traditional leaders. In like manner, the voices of the Almajiri must also be heard before their real needs and preferences can be determined. Again, there ought to be a consistent welfare package to keep the Almajiri in school. Thus far, interventions have come as one-off plans with staggering amounts spent on infrastructure and propaganda, whereas there are no living incentives for the Almajiri.

The era of readymade solutions from governments has expired. There should be a conciliatory engagement leading to consensus decisions with requisite sense of equality, inclusiveness and financial empowerment. To this end, the following suggestions are made bearing in mind the previous progress and pitfalls.

Regarding funding, we propose a Primary and Secondary Education Trust Fund (PsETFund) for which there will be several streams of income: 2% tax from the organised private sector; as well as subventions from state and federal governments. Nigerians in the Diaspora should also be encouraged to do a weekly one dollar check-off. A generous percentage of PsETFUND will go to street children and the Almajiri projects.

The Almajiri debacle calls for concerted effort towards a radical response. There is a dire need for government to attend the situation with committed political will. To avoid the slips of the past, we must adopt consensus solutions, formulated in equality and inclusiveness. The benefits to accrue go well beyond the refinement it will bestow on the wandering street child. It will just as well immunise the nation from self-inflicted disease and terrorism. Nigeria might yet escape from the paradoxical trap of poverty in abundance.